We are authorized to do the camping in the below mentioned national parks in Sri Lanka for maximum of 6 PAX, Standard or Premium mobile camping (Double or Triple sharing basis) with full board meals and two safari sessions.

During your stay in the national park, a guide from the Wildlife Department will be on duty. This will be a life time experience for a traveler who wants to explore the majestic Sri Lankan Wildlife.

Yala National Park is the most visited and second largest national park in Sri Lanka. Yala National Park (block 1) is situated in the southeast region of the country, and lies in Southern Province and Uva Province. The park covers 979 square kilometers (378 sq mi) and is located about 300 kilometers (190 mi) from Colombo. Yala was designated as a wildlife sanctuary in 1900, and, along with Wilpattu was one of the first two national parks in Sri Lanka, having been designated in 1938. The park is best known for its variety of wild animals. It is important for the conservation of Sri Lankan Elephants and aquatic birds. The park is situated in the dry semi-arid climatic region and rain is received mainly during the northeast monsoon. Yala hosts a variety of ecosystems ranging from moist monsoon forests to freshwater and marine wetlands. It is one of the 70 Important Bird Areas (IBAs) in Sri Lanka. Yala harbors 215 bird species including six endemic species of Sri Lanka. The number of mammals that has been recorded from the park is 44, and it has one of the highest leopard densities in the world. 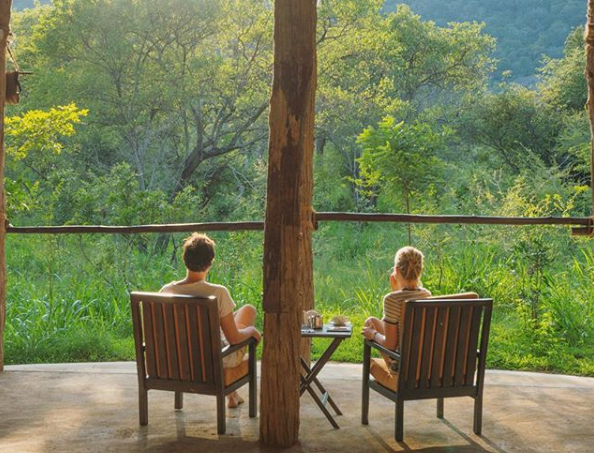 Wilpattu National Park (Willu-pattu) Located in the Northwest coast lowland dry zone of Sri Lanka. The unique feature of this park is the existence of "Willus" (Natural lakes) - Natural, sand-rimmed water basins or depressions that fill with rainwater. The park is located 30 km west Anuradhapura and located 26 km north of Puttalam (approximately 204 km north of Colombo). The park is 131, 693 hectares and ranges from 0 to 152 meters above sea level. Nearly sixty lakes (Willu) and tanks are found spread throughout Wilpattu. Wilpattu is the largest and one of the oldest National Parks in Sri Lanka. Wilpattu is among the top national parks world renowned for its Leopard (Panthera pardus kotiya) population. The Leopard population in Wilpattu is still not yet known. 41 species of Mammals (4 endemic), 149 Bird species including 3 endemic species, 57 Reptile species (8 Endemic species) have been identified within Wilpattu national park. Mammals that are identified as threatened species living within the Wilpattu National Park are the elephant (Elephas maximus), Sloth bear (Melursus ursinus), leopard (Panthera pardus kotiya) and water Buffalo (Bubalus bubalis). Sambhur, spotted deer, mongoose, mouse and shrew are more of Wilpattu's residents. 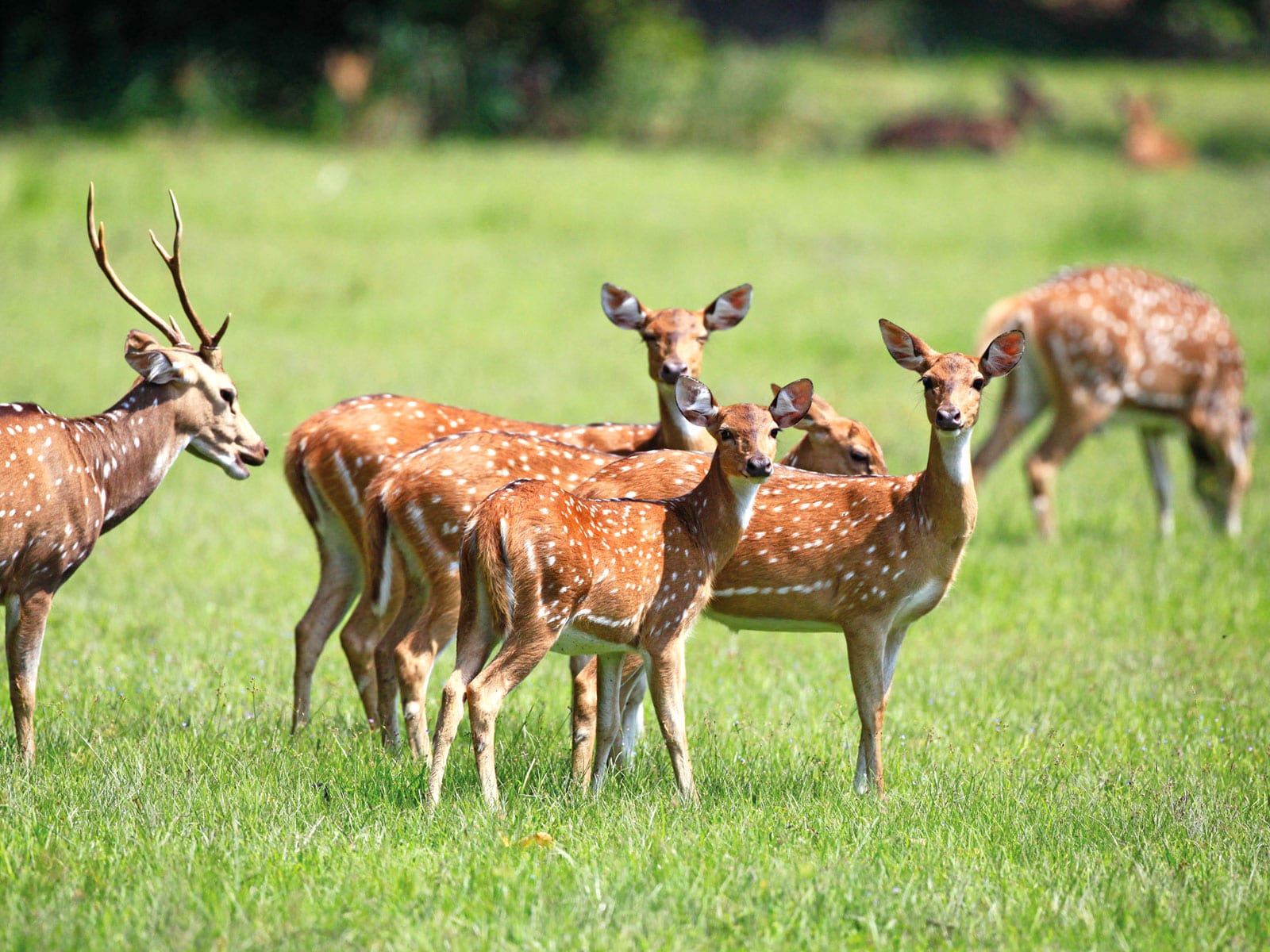 Kumana National Park is the sixth largest park in Sri Lanka with a land of 35,664 hectares. This was earlier known as Yala East National Park. This park is situated in the Ampara district of South-east corner of Sri Lanka. The park is 391 kilometers southeast of Colombo on Sri Lanka's southeastern coast. Kumana Bird Sanctuary, declared in 1938, is included within the Kumana National Park. Kumana National Park is bordered by Kumbukkan oya from south and Panama from south east coast. Kumana National Park is renowned for its 200 hectares of mangrove swamp named “Kumana Villu” within the national park which is occasionally flood with sea water. Kumana is one of the most important bird nesting and breeding grounds in Sri Lanka. 218 species of birds have been recorded in the national park. From September to April tens of thousands of birds migrate to the Kumana swamp area. Rare species such as black-necked stork, lesser adjutant, Eurasian spoonbill, and great thick-knee are breeding inhabitants. 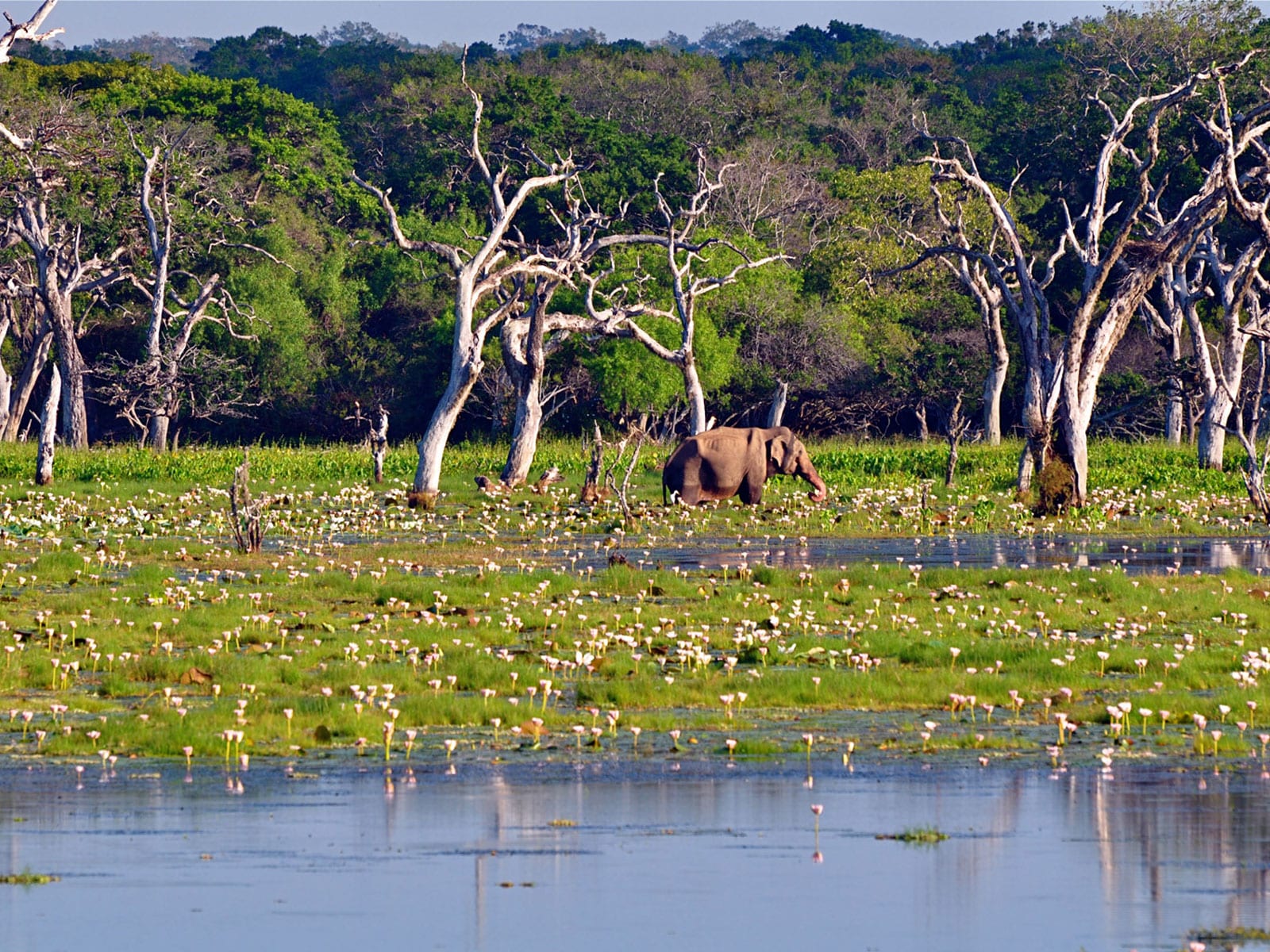 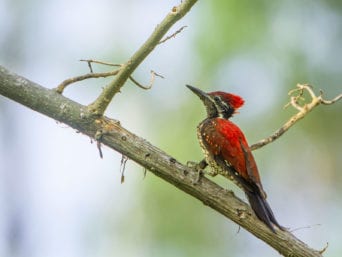 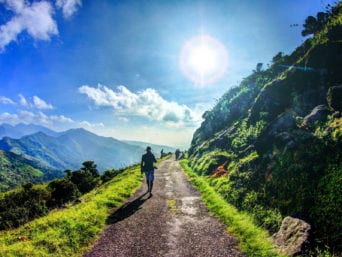 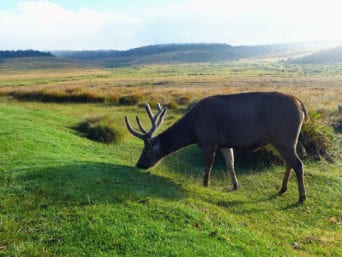 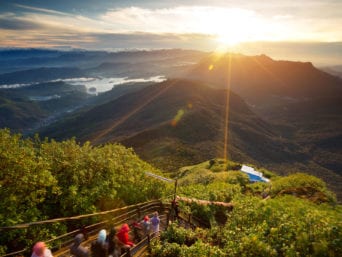 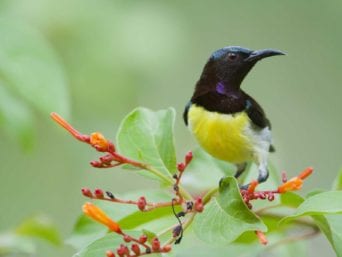 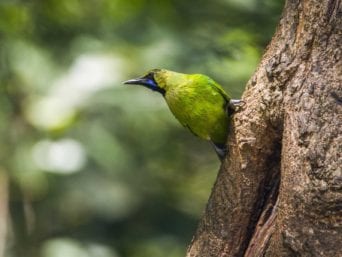